FUNAG republishes facsimile edition of book on the foreign policy of the Empire, by Pandiá Calógeras 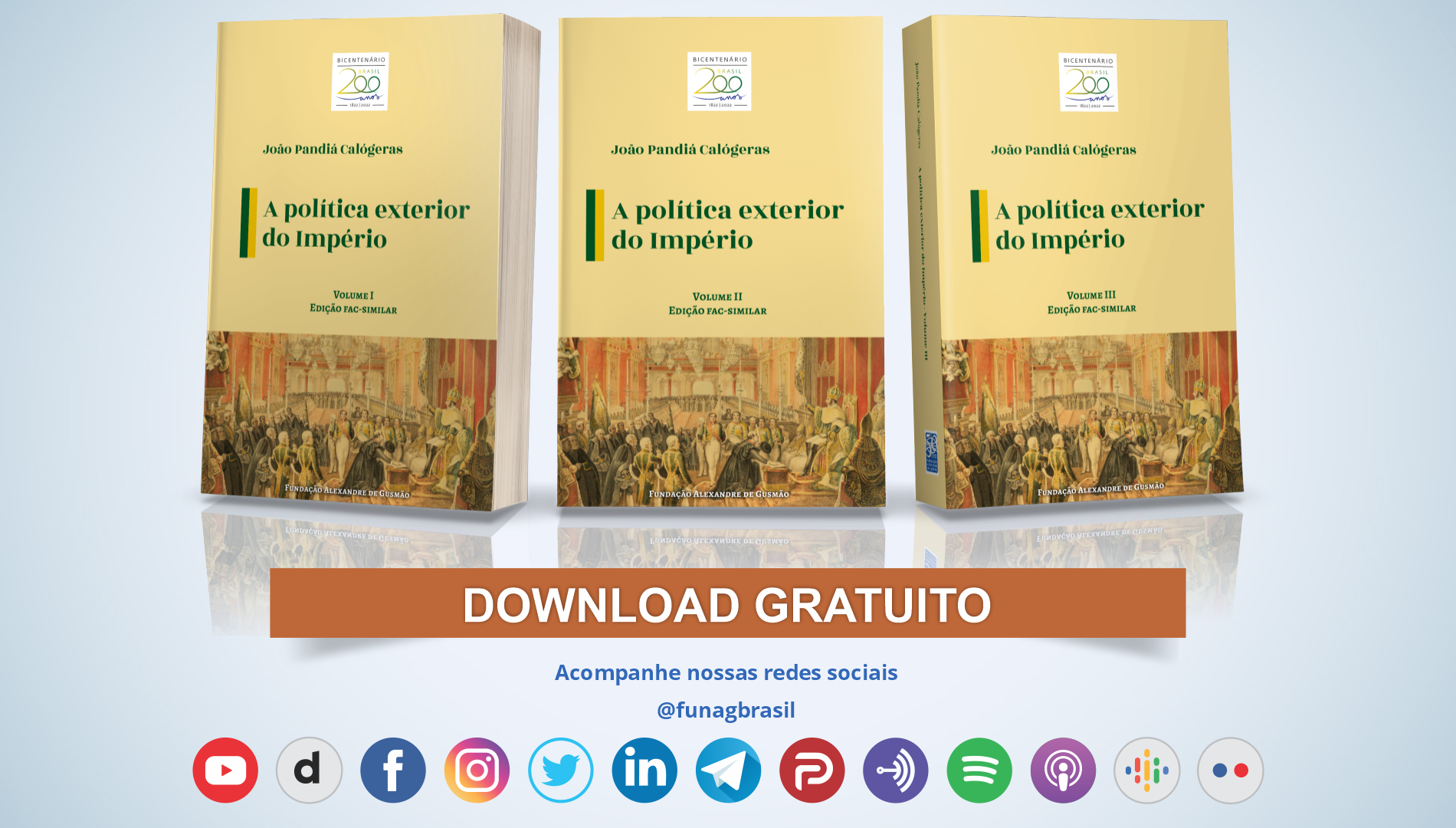 Now available for free download are the three volumes of the work The foreign policy of the Empire [A política externa do Império], by Pandiá Calógeras, in a facsimile edition based on the copies published in 1989 by the Alexandre de Gusmão Foundation (FUNAG).

The volumes—published originally in 1927, 1928, and 1933—serve as references for the scholars of Brazil’s diplomatic history, because they address important periods in the formation of the country’s foreign policy.

The first volume examines the historical formation of Portugal and Brazil’s territorial settlement. The second one addresses the process of recognition of Independence, concluding with Dom Pedro I’s abdication in 1831. The third one discusses the period spanning from the Regency (1831-1840) to the fall of Argentinian Manuel Rosas, in 1852.

The work is part of the collection “Bicentennial: Brazil 200 years – 1822-2022” and it is available at FUNAG’s digital library.