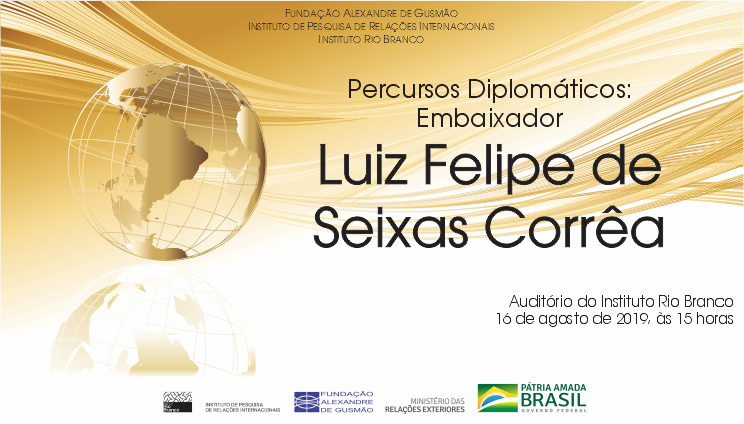 The Alexandre de Gusmão Foundation (FUNAG), its Institute for Research on International Relations (IPRI) and The Rio Branco Institute (IRBr) regret to inform that the “Diplomatic Paths” lecture and debate, with Ambassador Luiz Felipe de Seixas Corrêa, has been cancelled due to health reasons. The event, which would have taken place this Friday (16) at the IRBr auditorium, in Brasilia, shall be rescheduled at a later date.